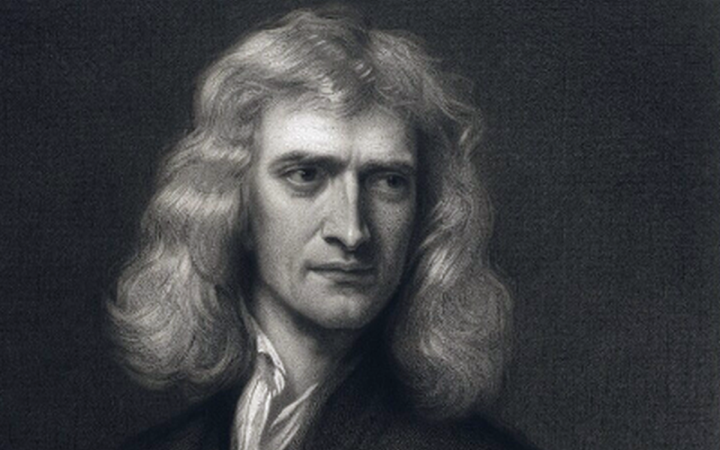 We continue our journey in spiritual alchemy, the transformative art of introspection and discovery. This is part 2 of a series on alchemy.

Seeing Yourself as a Stranger

If only you could meet yourself, as if you were a stranger. What would you ask your doppelgänger? It’s an odd thought, isn’t it. We’re always meeting other people, seeing them from the outside. What if we could see ourselves from the outside too?

Stepping outside of yourself, reliving memories, and pretending you are watching someone else’s life instead of your own, let’s you realise things about yourself you just don’t see from the inside. It’s like using a mirror, of sorts, except for your life. So how do you use this spiritual, alchemical mirror?

The main thing is to turn the mind’s eye upon the mind itself and then to just watch and reflect. You do this whenever the mood takes you for however long and develop a habit. Over time, you will see patterns and natures and other phenomenon, and gradually you will develop an understanding of the person you are looking at.

The Cycle of Extraction and Re-integration

The process of observing the self should be done in a cycle, like the folding of steel or the kneading of dough.

Cycle of Extraction and Re-integration

Regard yourself in the present or reflect upon a memory from earlier in the day or another occasion. Wait for something about yourself to jump out at you, then focus on that thing.

The detail that draws your attention could be major or minor. Let’s look at a major detail, like your way of being in a particular situation. There is a concept of personas in alchemy, a word that means “mask”.

Cataloguing all the different masks you have in your arsenal reveals the personas in your personality. These are your many faces. I should tell you that some personas are more dominant than others and are very easy to spot (you can even name them if you like), while other personas are perniciously subtle and hard to spot. Identifying the subtle ones can radically change the way you relate to certain personal behaviours.

Once you are aware of personas, their activity becomes a lot easier to allow or suppress in the light of rational judgement or emotional force. Self-illumination gives you power over yourself.

Re-integrate into the Whole

The purpose of having many faces is to give your personality a toolbox for dealing with life. Knowing your personas better allows you to push for the right one to emerge at any given time.

It also allows you to better suppress troublesome personas that like to perform destructive mischief. Selfish or “evil” personas are common and perform vital functions, but they need handling with care. A persona that deals with “self-preservation at any cost” for example needs to be listened to, but its demands need to be weighed against social objectives like having friends and family who like you.

In watching yourself, you will encounter a number of mental phenomena. You will find large behavioural constructs, characters within yourself with well-developed personalities. These are personas.

Personas have a core identity. Surrounding that, they can adopt significant packages of traits to fit the situation, which I call aspects. There are even tinier little details, personality embellishments that you might spot from time to time, which I call fragments.

Personas are able to re-invent themselves to a certain degree. We might call these “new personas”, but in my experience, these are all variants of a limited number of “core personas”. I believe that I have four such core personas. However, the way that my mind is constructed isn’t the way that your mind is constructed, so your situation could be different. You will have to discover your own situation for yourself, through trial and error, self-exploration, and so on.

Overall as you get to know your personas better, you’ll come to realise how marvellously adaptable they are to all manner of situations. You’ll also notice them collaborate, such that your thinking might feel like two or three streams of consciousness at once.

It would seem that different parts of the brain generate their own centres of consciousness, and these have relationships with each other, like an internal family of characters. Scientific demonstrations of this have been done with “split-brain” people, whose brains have been surgically split down the middle. Each brain hemisphere is independent, unable to communicate with the other, yet each controlling half of the body.

Fascinatingly, each brain hemisphere generates its own consciousness and thinks for itself. The question becomes perhaps, if we had our own brain split, which side would be the real “us”? And who is that then, in the other side?

The psychoanalytical school thinks of the mind as basically a “box of ghosts”, one of which is convinced it’s the “chief ghost”, when the reality is that we operate as a collective of spirits, working in harmonious collaboration. Since the “box” is opaque and we can’t see inside, at least not in the beginning, most people just think of their mind as one entity. As long as the box just works, there’s no reason to look inside.

Of course, alchemists are those types who love to open boxes and tinker with the contents. Maybe the parts can be tuned up a bit, to run better? Are we using our full potential? So many questions. We might discover whole new sides to ourselves, deeply buried within the unconscious, dreaming layers of our mind. You will, quite probably, find such things. I did. The way to do that, is to look for projections.

Projections from the Unconscious Mind

The concept of actively looking for projections would, in all likelihood, never have occurred to me by itself. It was an idea I came across, and I have to say, it’s a remarkable insight.

The idea is quite simple. When we look at someone, and feel an instinctive, intuitive recognition, what we see in them could be resonating with “something” buried within ourself. And so, we should go look for it, within ourself.

A similar thing happens with ideas that cause us to go soul-searching. There is “something”, deep inside, that is asking to be noticed. We need to go look for it, and fish it out. Once we’re sure we have it, we can figure out what to do with it. It might not be important. Or it could change our life. Better check, just in case perhaps.

On a personal note, I’ve had entire core personas buried deep within my unconscious mind, which I have now fished out. These are now fully conscious and integrated into my overall mind, and I have to say, I feel more complete. Out of the four personas I believe I have, two of them are masculine, and the other two feminine.

In other words, a perfect balance of yin and yang.

The internal feeling is very much like the yin/yang Taoist symbol, where the one begets the other in a perfect, harmonious cycle. Masculine transmutes into feminine. Feminine transmutes into masculine. The relationship is deeply intimate, sensual, and powerful.

The process of awakening one’s unconscious core personas and other, buried, psychological elements, through the mechanism of tracing projections outlined earlier, is known in the west as “integrating the shadow”. By paying attention to your feelings, your intuitions and instincts, you are able to find that which is buried within yourself and dig it up, awaken it, manifest it.

Eventually, you should run out of things to dig up. That’s when you are “enlightened”, so-called, because now you’ve dragged every part of yourself out of shadow and into the light—consciousness. However, you can never call yourself truly enlightened for certain, since you can never know if you’ve found everything.

Hence, enlightened masters never refer to themselves as enlightened, because they know better. They’re just, “more enlightened than usual”. It’s one of those annoying unknowables in life. There’s a saying, “you don’t know what you don’t know”, which applies here. Ignorance is unlimited, sad to say.

Right! Since this is a good place to stop, I’ll see you in the next part.