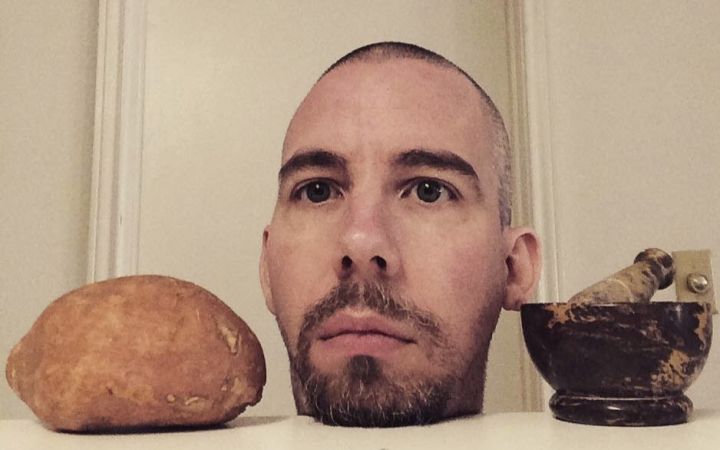 To quote Ephemeral Rift himself,

ASMR stands for Autonomous Sensory Meridian Response and is the current (non-scientific) name given to the feeling characterized as a pleasurable tingling sensation felt in the head, scalp, back and other regions of the body in response to visual, auditory, tactile, olfactory, and/or cognitive stimuli, such as crinkling bags, hand movements, whispering and personal attention.

ASMR videos are not only meant to help induce ASMR or “tingles”, but also help provide a relaxing, calming and soothing experience for the viewer while helping to relieve their anxiety, stress, insomnia, to help those suffering with PTSD or depression, to serve as a study aid and more.

Last week I wrote a piece introducing ASMR, and this week I want to start introducing some of the favourite artists that I’ve discovered.

One of the most exciting things about discovering a new community is finding out who the rock stars are. Ephemeral Rift stands out for me because of his creativity among the ASMR YouTubers, especially his sci-fi roleplay characters like Professor Clemmons and The Repairman of Rift World. It’s also fun to find a man doing great ASMR videos when it seems like more ASMR artists are female – or are they? Searching for ASMR on YouTube certainly brings up a lot of pretty young women on the results page it’s true, but just off the top of my head I can remember Made in France ASMR, MassageASMR, ASMR Barber and RelaxingASMR all being men and I like the idea that ASMR is a universal human experience.

Ephemeral Rift has been doing YouTube videos since 2011, which makes me feel like I’ve been living in a cave for the last 5 years. Then again, how DO people discover ASMR in the first place? I certainly don’t remember clearly. It might have been mentioned on the television a few weeks ago? By whatever accident, a phenomenon I’d experienced my whole life suddenly had a name and I went looking for it. The first few videos on YouTube I encountered, and you will as well if you go looking, were easily accessible videos that revolve around tapping, rasping, grinding, stroking, turning, folding, squishing, stretching (and so much more!) various objects of interesting textures and other physical properties that make these amazing trigger sounds. What some artists will do (and this is where Ephemeral Rift’s cast of Rift World characters come in), is incorporate these sounds and behaviours into roleplays.

I’m not 100% sure about the back story of Rift World, other than it’s where Ephemeral Rift’s characters live. It feels like a dystopian future with a bit of sci-fi and a bit of occult, and we, dear reader, are the hapless visitors to this rather mysterious place. The first character I met was Professor Clemmons, a chap who runs top secret programs on behalf of his unknowable benefactors. The good professor is a bit, shall we say, unconventional. Maybe it’s fun to feel like a lab rat sometimes.

My favourite Rift World character so far is The Repairman, a guy who looks after androids and cyborgs and the like. YOU have turned up in his repair shop – wherever that happens to be at the time – and for the next hour or so are treated to his undivided attention. The Repairman incorporates lots of trigger sounds and behaviours into the episodes and the whole thing is very escapist. For the duration of the episode one can imagine being in this alternate reality, a bit like playing a video game or watching a movie except it’s an ASMR video. It’s nice.

So far I’ve only really scratched the surface of Rift World because I’m many years behind. Ephemeral Rift has made playlists for his various characters and I can see I’m going to have a lot of fun getting to know them – except maybe that Professor Clemmons guy. There’s something not quite right with that one. (Was that an evil laugh I heard?!)

Back in the Real World

As well as the Rift World there are also many videos exploring the natural and the mundane, and indeed whatever else takes Ephemeral Rift’s fancy. I especially appreciated the forest walks and nature sounds. Being from the countryside too, listening to the wind or the rain or water or birds or the crunch of dry leaves under foot is very relaxing for me. When you’re in nature, the rest of the world vanishes for a time and being able to go there virtually is really cool. Admittedly it’s not quite the same. There is something inherently different about an ASMR video because you know that the person creating it does so with you, the listener and viewer in mind, and so there’s sometimes a personal intimacy about the experience that of course, triggers ASMR.

So, there is my brief introduction to Ephemeral Rift. I have lots of his videos to watch still but I’m having so much fun with them that I wanted to share. Please feel free to check him out on YouTube or Google+ and tell me what you think in the comment section below. ↓

Next week I hope to cover Heather Feather, so be sure to come back to check her out as well.