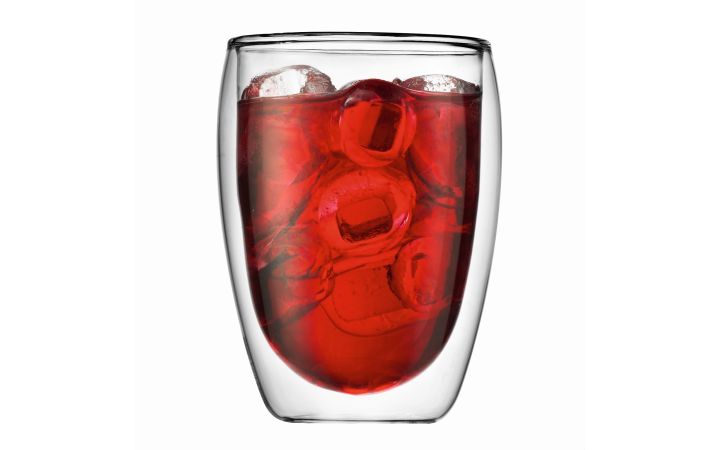 You must see these.

Sit back and relax, because I want to tell you about something cool. Bodum glasses.

I came across them a few years ago in the Netherlands at an eat-out; I’d ordered a tea after the meal instead of a coffee and the tea turned up in a double wall thermo-glass. It was completely cool on the outside and of course, piping hot on the inside and it looked really smart and modern. I’d never seen anything like it. The tea by the way, was great – but I remembered those glasses and had to look for some for myself. I had to own one.

I spend a lot of time behind a keyboard drinking tea and an old problem was letting it get too cold to enjoy. For you it might be accidentally letting your coffee go cold – again. When you’re busy or just plain preoccupied, it’s easy to do and fairly niggling after the umpteenth time.

All too often I’d have to go microwave my tea, after which it never tastes right. Or I’d make another, which is wasteful, which in an age of thinking green, efficient and recycle-everything does give me guilt pangs, which I know is petty but that’s life. So anyway, in a Bodum glass my tea stays hot for much longer than in a ceramic mug and I mostly avoid that old problem now. It’s one of those little quality of life boosters that adds up to putting a smile on my face. It’s neat.

Mine are made by Bodum. This is also the make I first saw in that eat-out; they put a little logo on the base that I took note of for later. It means “bottom” in Dutch, although the design is apparently registered in Switzerland by Pi-Design AG. So, Swiss design rather than Dutch, but either way I’d have expected quality. Both countries do good work. Actually though what’s printed on the base isn’t the real story at all! The roots of Bodum are Danish.

I’m English, so perhaps I can be forgiven for not knowing the company earlier. Bodum is a family company founded by Peter Bodum in Denmark in 1944, which his son Jørgen later moved to Switzerland in 1978. Now strategically placed in central Europe, it went global.

So, that’s where the Swiss connection comes in. Pi-Design is Bodum’s in-house design unit, founded in 1980 with a focus on innovation, functionality and quality. If these glasses are anything to go by, I’d say they’ve clearly had time to get things right.

Here’s a nice lady who takes 30 seconds to explain the basic idea to us:

Where can I buy one?

I bought mine on Amazon.co.uk and they sent them internationally straight to my door. It’s just so much less hassle than searching shops, plus you could easily spend the delivery charge on fuel so the online option just makes sense. I bought more a few years later and took some time looking through the selection before getting more of the same 35cl Pavina glasses.

Here are the pictures with links: 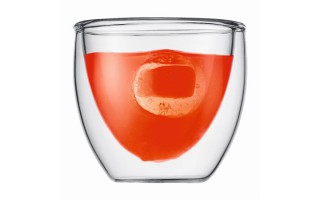 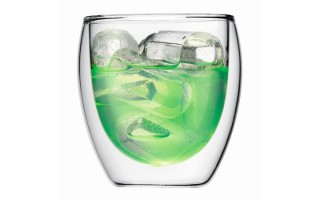 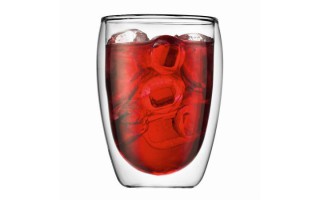 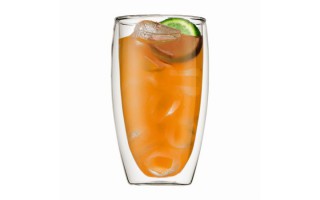 If you need an alternate source, Google is your friend as always. Search term included in the link. But don’t go anywhere, because there’s more.

Caring for your Bodum glasses

I owned my first 35cl Pavina glass for nearly 2 years before breaking it, and I missed it right away. I bought six more to replace it, after which I quickly broke one of those as well. So, five left. Both of my breakages have been during cleaning, so be careful when they’re slippy. You can wash the glasses either by hand or in a dishwasher.

Every day I clean off the scum that my tea leaves behind with warm soapy water and a brush or steel wool, which only takes a few seconds by hand. However, don’t submerge them in a bowl just in case water gets in through the silicon plug in the base. The plug is hydrophobic, which means it repels water, but it can get in under the pressure of submersion.

The manufacturer actually recommends using a dish washer in the user leaflet, so they’re officially dish washer safe. I’ve also read reviews where people would put them in the dish washer too and the hydrophobic silicone plug in the base does a perfect job of keeping the water out. So, there you go.

While dish washers sound fine, if water got in through the plug I wouldn’t know how to get rid of it. Basically, never soak them underwater. Anyway, I do them by hand because that works for me… until I drop them like a fool. Still, fragility aside I love them.

A Simple Quality of Life Enhancement

So there you have it, a great innovation for one of life’s more minor problems. Order them online today and see how good they are!

As always if you have anything to say or want to start a conversation, please leave your comments below.