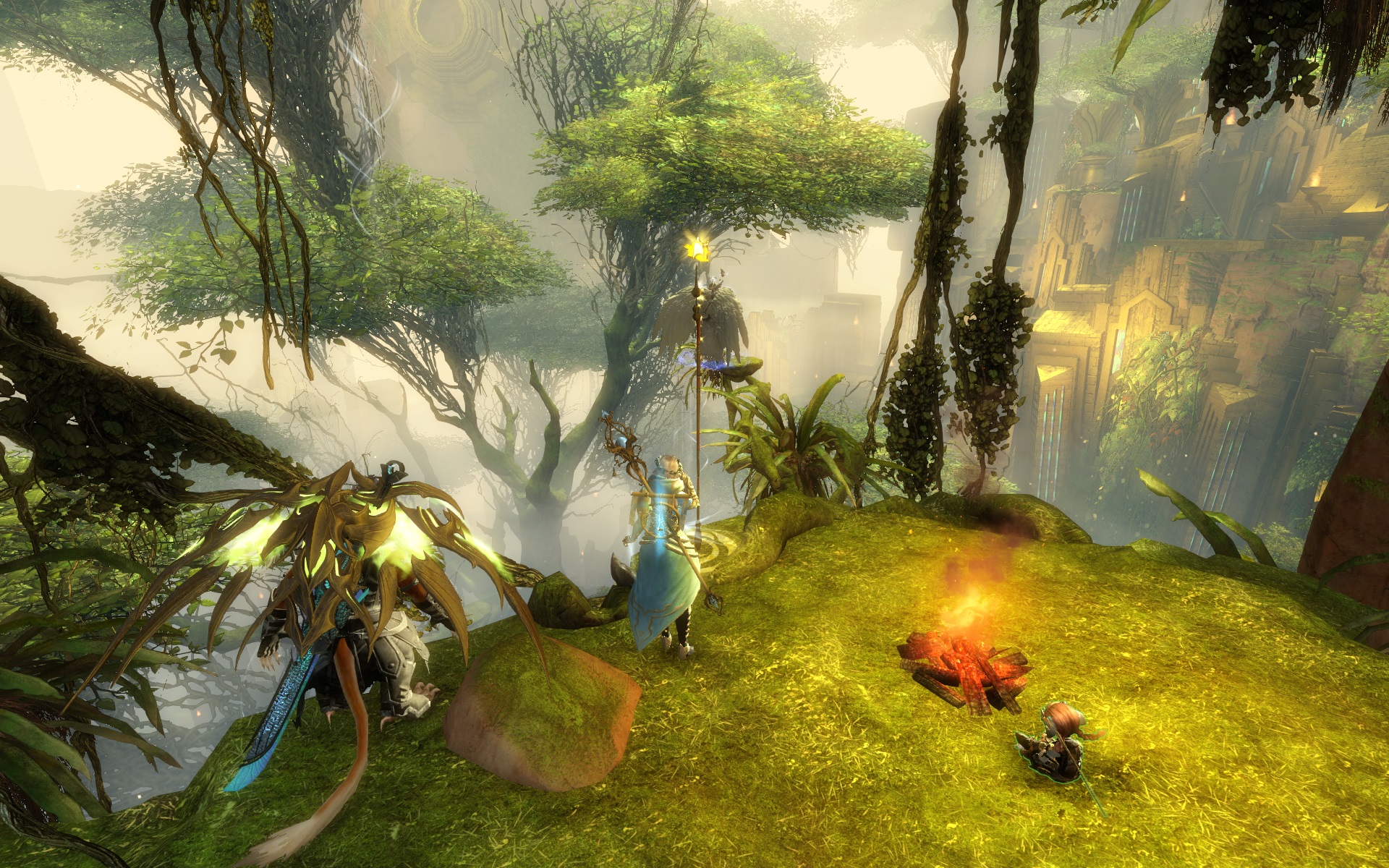 One of the things you’d notice if you played Guild Wars 2: Heart of Thorns is that you keep stumbling upon Adventures. Some curious creature or another, be it a giant frog or a glowing suit of armour will either have this icon floating over their head or be lurking near a flagpole that causes me a bit of trepidation and excitement.

Why you should Play Adventures, at least a Few Times

Your first outing on one of these adventures is likely to be an unmitigated disaster if you’re anything like me. There is always something new to master and a time limit, so I make the first dozen or so goes practice ones to get myself into a groove. Then it’s “game on!” There is such diversity in the minigames that I end up comparing them to ice cream flavours: some you’ll love, others like, and maybe a couple you’d rather stay away from from now on. But the thing there is that it’s personal taste and everyone will be different.

Obviously there’s a score you need to hit to be awarded rewards, with familiar bronze, silver and gold tiers. Silver is enough for the lion’s share of the goodies, including collectibles that go toward high-end gear. Gold is there for people who are really keen and the reward is a big dose of Mastery Experience and a Mastery Point, which of course you need for unlocking Heart of Thorns Masteries (special account-wide abilities). There are other ways to get experience and points if getting gold is too hard, and I have to say I have gotten gold quite easily in some adventures but am really struggling in others. Each adventure has a score board that shows other players you have on your friends list and how well they have done, so I am getting some of my motivation from that. You know how that works right? “If they can score that, then I can do better!” Honestly, a little competitive spirit spices things up!

“Am I missing something?”

So here’s a thing that jacks up the difficulty: gliding adventures without all the gliding masteries, or anything similar. One big caveat to Adventures is that only some of them will let you just go in there without any masteries and walk away with gold. This means that the later ones are on more of a time release, whereby after playing for however long, your characters have now acquired the abilities they need to go and play an adventure without a handicap. It’s a pretty neat way of not being able to blitz all of them at the start and burning out and it also adds a bit to the sense of discovery. Some of the adventures I’ve found have been in very obscure places and it’s a joy to have those “wow, what are you doing here?” moments.

The Matter of Monsters

Sometimes the Adventures character at the start will sheepishly make the excuse of “Oh, it’s far too dangerous right now!” and wave you away to, I don’t know, slaughter Mordrem or other monsters. Like it or not the meta-event (the repeating story of the current zone) will force adventures to close at certain times and allow them to be open at others. Kind of like a shop. This is annoying if you only have a bit of time and you want to spend it improving at an adventure, but I guess it’s just one of those things. I just go back some other time like it’s no big deal.

Adventures will appeal to completionists such as myself for certain. The best adventures have a quality level similar to what you’d have in a high-end single player game, which for me would be the likes of Zelda, Mario, FarCry, (insert your favourite), et cetera. My personal habit is to go back to those sorts of minigames whenever I want a break from the main meat-and-drink and it’s a good thing that they’re there.

I have my suspicion that one or two of the adventures are super-hard to get gold on, but that’s okay as long as it’s possible. I also found out that you can get gold, silver and bronze rewards every day for treasure and mastery experience. That’s pretty cool. Just one more reason to play another round of On Wings of Gold!

If you have any experiences, thoughts or questions on this topic at all, please post a comment below and I’ll be happy to chat.