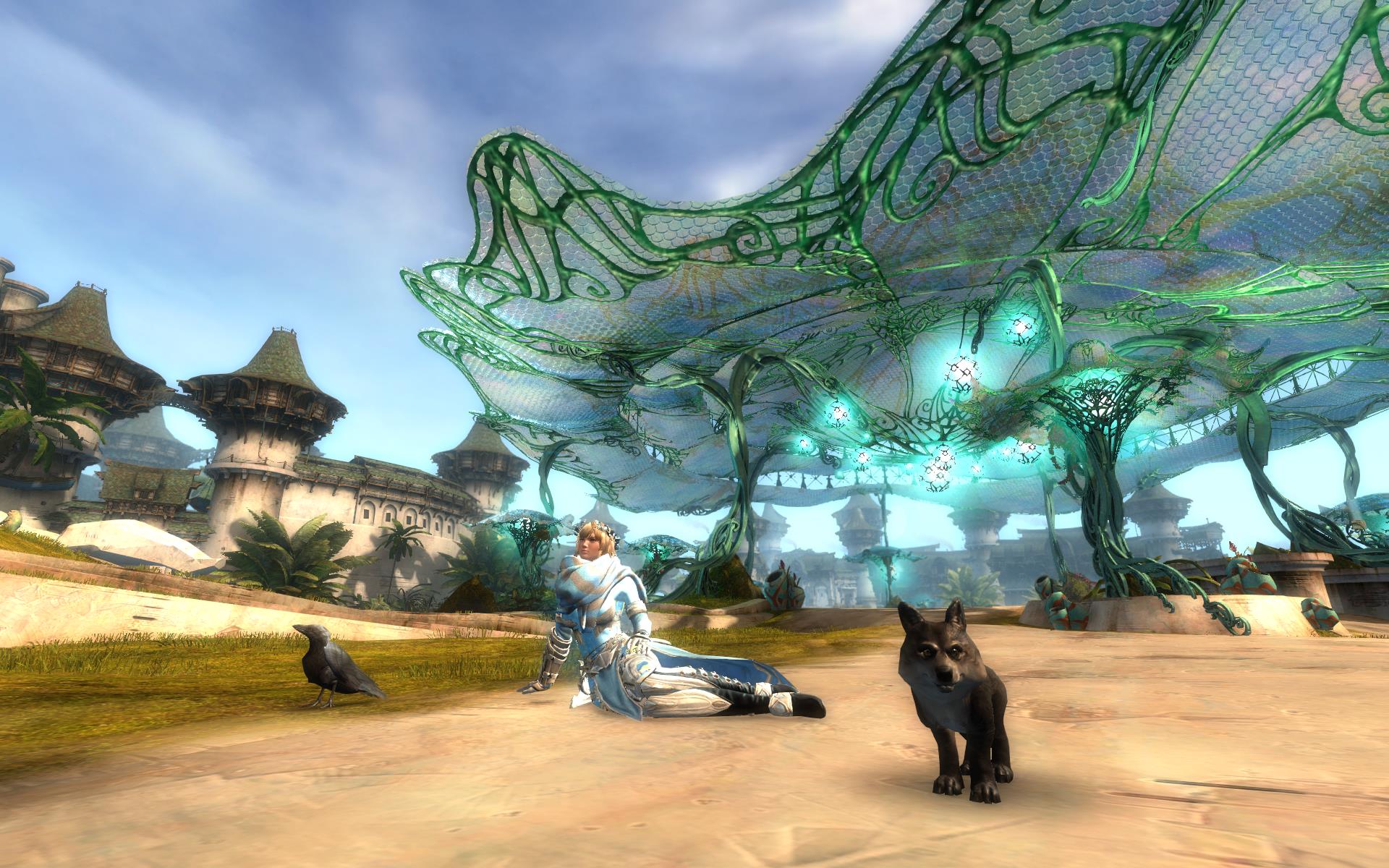 A very, very brief introduction to myself as a player.

I played Guild Wars 1 from launch until the launch of Guild Wars 2, when I made the full-time transition. About a year into Guild Wars I joined The Amazon Basin guild, one of the longest running Guild Wars guilds that has its roots in Diablo II. Actually this is where I heard of the guild because I was also a Diablo II player way back when. They had a good reputation as a friendly community, so I signed up. ~9 years later I’m still a part of that guild and I even joined the Path of Exile chapter just recently.

My favourite classes in the original Guild Wars were what I laughingly referred to as the “unholy trinity” of ranger, necromancer and mesmer. People used to call the warrior, monk and elementalist the “holy trinity”, and I just gravitated to the outcasts.

With the release of Guild Wars: Factions I found a new favourite class that would last me until the very end: the ritualist. It was a healer character that wasn’t a monk and that I liked the look of. I was sold. In the very beginning it wasn’t a very good healer, and I remember meeting Colin Johanson at a PAX afterparty and he asked me about my favourite class. When I said it was the ritualist, a class in not a particularly great state at the time, his expression was priceless! What I loved more than anything was the look and the theme, and I’m a good enough player to make a bad class work well.

In time the ritualist blossomed into a meta character with notorious skills such as Destructive was Glaive and a solid spot in Guild vs Guild games as a flag runner. Still my favourite Guild Wars class.

Norn are the centre of my universe in Guild Wars 2. I play every class and I tried hard not to settle on a main, though I suppose I have some core favourites. Looking forward to Guild Wars 2: Heart of Thorns my intent is to be playing my ranger as a druid, guardian in vanilla form, necromancer as a reaper and my mesmer either as a chronomancer or in vanilla form. Oh, and a herald. That should keep me plenty busy.