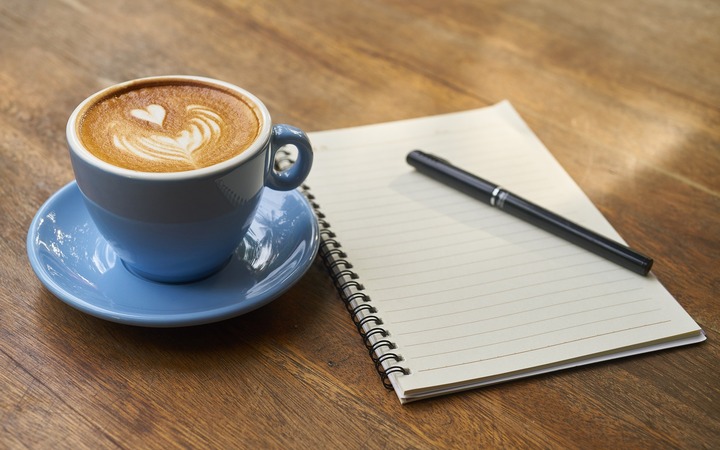 What do we mean by “true” when we talk about “true stories”? Let’s find out.

Your first idea might be one that stands up in court, or one that stands up to the scrutiny of sceptic minds. You might think that well, a true story needs evidence to back it up. Corroboration. Objectivity. Rigour. But is that right? Are these arbiters of truth trustworthy? No, that’s not how we accept truth internally.

We don’t believe stories because they have evidence, we believe stories when they are convincing. Not the same at all. There’s something deeper at work here, a little tripwire in the back of our minds let’s say that needs to be triggered for us to admit internally that we believe something. Likewise when something rings false in spite of apparent evidence, there’s that tripwire in the back of the mind that warns us that no, something’s wrong here.

And so, it isn’t objective truth at all that’s at the heart of true stories as we know them. True stories are those that we take personal ownership of and accept as a true account. In the end, we have our own personal reasons to believe them. Now it may that yes, a convincing story was laid in front of you and you bought it, but that doesn’t make it correct absolutely, it merely means it was convincing enough for you to accept it as a true account. Not the same at all.

So it is that what we call true stories are those that are “true enough” to convince us. We can’t ever know the real truth to anything, and that’s because we’re trapped inside ourselves and true objective knowledge is impossible. This conundrum has wracked the brains of the great world thinkers for millennia. What it all boils down to is that we can’t know for certain what the absolute truth of anything is. What a drag, right?

A little problem like “not knowing anything” shouldn’t stop us though. And guess what, it hasn’t! No, because when it comes to the truth, we have another measuring stick that we might refer to as the “true enough” stick. This is the pragmatist’s approach and it’s what we have internally. That’s the little internal mental tripwire that accepts or rejects the accounts we encounter. We call it intuition.

Now, this mechanism isn’t exactly rational or foolproof. It might believe something on a rational basis, sure. Or it might believe something on faith, based on an impossibly vast and nebulous amount of data beyond conscious comprehension, plus a few (or maybe a lot of) incomprehensible probability calculations weighing the evidence. And there may be some wishful thinking one way or another. Personality quirks play a part too.

These two weighing scales of intuition and rationality are what we colloquially refer to as “hearts and minds”. Of course they don’t always agree, either. I’m sure you’ve heard of this tension before about “the heart says one thing and the mind another” from various people who are trying to make a decision. It’s a common enough tale that you may have wrestled with such internal forces yourself. This is how we accept what we call truth. However, what is true for one person may not be true for someone else. That’s the subjective element.

A really old way to look at “true” is the idea of outcome. Think of the arrow that “flies true” to hit the mark. People apply this language to themselves all the time. To be “true to yourself” is “to be” in such a way that you fulfil your destiny or your fate if you believe in that. Now, aiming your life through time to a desired future is one hell of an arrow. But if you are “true”, you will hit the mark. That’s a different kind of story. A powerful one. It doesn’t just take some rational strategy, it takes real faith and courage.

The Force of Faith

To make your own story “true” then, you need to aim, spiritually speaking, into the shrouded mists of possibility, guided by some internal spark; and then you need to launch yourself forward in time and navigate all the trials that you encounter; and if you do it all right for perhaps several decades you hit the mark. That’s really quite something to achieve. Fulfilling I think, in a deep way.

So, if you listen then to stories in the broader sense, such as grand narratives of peoples as collectives, you might begin to appreciate that entire peoples also need a mark to aim at. And of course they need a history and a culture to serve as a foundation, a starting point. To get anywhere, you need these two pieces of information: where you’re starting from and where you’re going. The story continues by going from one to the other.

I myself am Anglo-Saxon and my story and culture is the Anglo-Saxon one. Already, that’s more story and culture than one human being can comprehend, but it itself is nested in the Western European story. As you may or may not be aware, the Western story more broadly is currently under revision. Everything is being challenged in an effort to discover what is important, what is not, and what direction we should go in next and why.

This is a very important story to get right. “Postmodern thought” is a hot topic currently on YouTube, and I would say this is because the Postmodernists are blamed for the dismantling of Western grand narratives, and this has left us directionless, guilt-ridden, nihilistic, self-destructive. It’s not a healthy place to be as a civilisation, but it is a necessary one to pass through.

Note that I said it is important for us to discover what is important and what is not. How do we decide such things? I would say, it’s by trusting our own internal compass. The alternative of allowing ourselves to be directed and brainwashed by movements is extremely dangerous. We’ve seen that play out in the 20th century and we have the body count to show for it. This time needs to be different from a century ago, when the European continent stumbled blindly into the First World War and then the Second, and then the Cold War after that.

It Can Be Different

This period that we are living through after the Cold War is unique in the way that common people have ready access to information. Knowledge is now just a Google search away. Personal ignorance is easier to fix than ever. What’s more, great minds are able to share their knowledge and their conversations easily over platforms like YouTube. Listening to such people is enough to get, perhaps, the critical parts of anything you don’t have a couple of decades to spare studying in the academy.

The main trouble with going into the academy today as I see it, if you want to tell a big story yourself, is that you will become very knowledgeable only in a very narrow field. Rather than looking at everything under a microscope, you could say, a storyteller needs to step back and look at the big picture. And paint it. Convincingly. What such storytellers need to form a new grand narrative is to be able to tie everything together.

So, that brings me back nicely to true stories. One great story that needs retelling is the Western story for the 21st century and beyond. The West needs to convincingly justify itself constantly in a never-ending cycle of rebirths. The new story Westerners tell themselves must continue to be “true enough”. That is, to make any imperfections a price worth paying a thousandfold in our quest to exist and strive into the future regardless.

I’d like to leave this piece with a conversation I listened to last night and which inspired me to think and to write. Jordan Peterson, a professor of psychology at Toronto speaks with Stephen Hicks, a professor of philosophy at Rockford. The two of them to put it briefly, discuss the history of how we ended up where we are today. I found it very useful in providing some kind of footing to move on from.